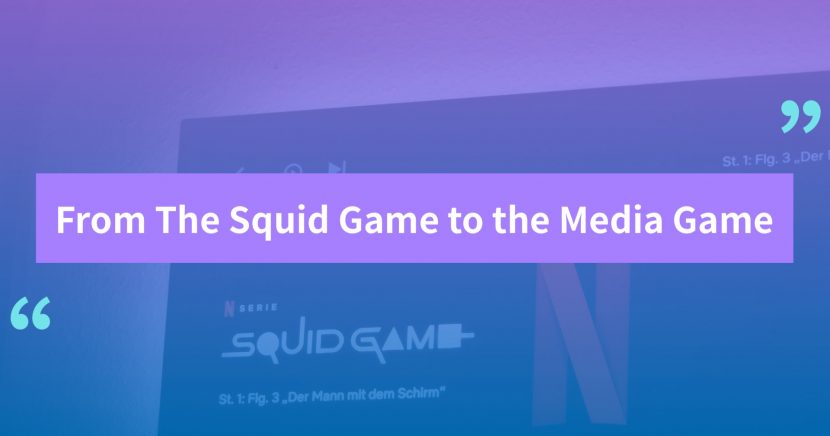 The global Squid Game craze offers social intelligence firms like QSearch to study how different country’s mediascape behaves to outside events. Using BioData, we look at how the Squid Game started and moved through the media landscape of the Philippines and Singapore, and the insight offers to planning market entries, influence operation, and cultural exports.

When we dived, several interesting insights surfaced. First, the Philippines’ social mediascape has a predisposition to Korean culture. Four of the top 20 influencing channels are fan pages dedicated to K-Pop interest. This preexisting audience base allowed for more sustained interest and allows for a faster virality, it also allowed more spaces for content to move through and create a denser public exposure.

In Singapore, none of the top 25 channels were Korean-centric and most content does not have a large number of destination to move through. It would be interesting to analyze a country’s media consumption using non-native cultural channels’ dominance to measure cultural centrality. Perhaps for another blog.

Second, while there has been ample content for both countries, it took a mass-media influencer who is not a k-pop focused to trigger the massive public reaction. In the Philippines, it was a parody by Christian Antolin, on the 24th, resulting in sparking interest. (https://www.facebook.com/watch/?v=377429114021474) His green screen Tagalog parody of the green light red light scene has 2.9M reactions and 27M views as of 10/19/2021. Considering the current Philippines population is 109M, Antone’s ability to gather the public focus is more powerful than any political figure or media channel in the Philippines.

In Singapore, the first spike corresponded to a story from Today, a traditional media outlet on 10/7. It was a commented article about Youngmi Mayer, an American influencer on TikTok, complaining about the quality of the translated subtitle. The Today’s post had 40K of reaction and 2.5M views as of 10/19/2021. (https://www.facebook.com/watch/?v=288598486440607) but the influencer’s TikTok video has 13.6M views and 2.8M reaction. Even global influencers have to be wholesale by Singapore media to be locally effective. Eleven of the two twenty Singapore influence channels are media or dedicated media channels, while the rest are commercial interests using the Squid Game as a clickbait way to gain the reader’s interest or to sell stuff.

This last point is of interest. The Philippine social media enjoys the Squid Game as a narrative and engages in playful discussion of its artistic, political, and entertainment values. Many of the Filipino influencers uses the Squid Game to discuss their social issues and their life stress, while such organic dialogue is absent from the Singapore mediascape because the social media landscape is dominated by organizations, resulting in most of the Singapore channels, aside from the media, using trending topic for fan page traffic and commerce.

In Singapore, the traditional media is still the main go-to-market exposure channels, while the influencers outside their niche are effective within but useless outside of their well-defined swim lane. This is a lesson learned from the public backlash faced by the government when it used lifestyle influencers to promote its budget. In Singapore, the media channels still are the gatekeeper, even when Youngmi Mayer has higher views on her own channel. Her message is only effective when exposed through a Singapore native media channel.

The reverse would be true in the Philippines, where influencer marketing is strong because of the unregulated public speech laws that allow influencers to experiment with creativity and controversy. This type of permissive environment creates a powerful and viral content, but makes it hard for brands to maintain its coherence and identity. Choosing an influencer that serves the brand requires a marriage of data and analysis, else the influencers serve their own master, themselves.

Whenever QSearch helps a company entering a new country, we conduct these studies to remove doubts and establish strategies. Part of the Squid Game’s drama is the anxiety of the players facing the unknown games. With Social Intelligence by QSearch, business can skip the unknown dangers and just go to the finish line.

For a discussion or a demo of our Social Intelligence platform, please get in touch with us roger@qsearch.cc or schedule a call at your convenience. https://go.oncehub.com/RogerDo